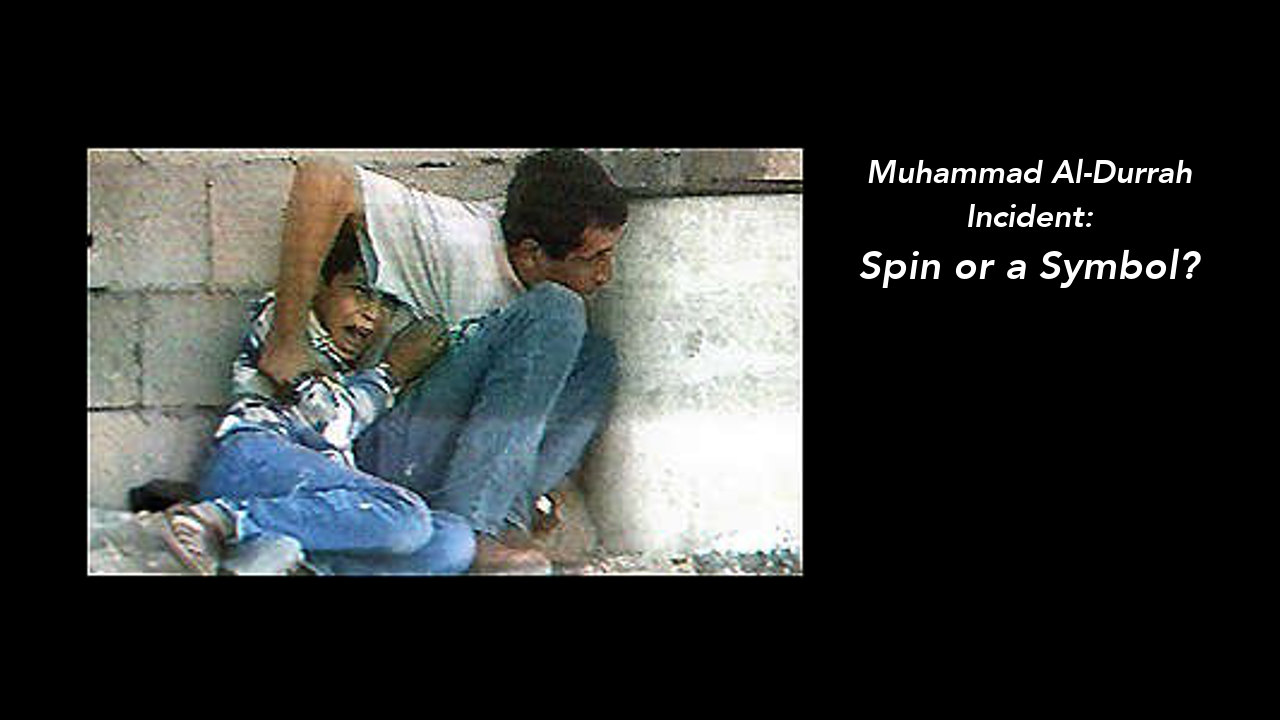 In October 2000, during the Second Intifada (Palestinian uprising) a TV camera team working for France 2 network captured what seemed to be the last minutes of a Palestinian child caught in the crossfire between Israelis and Palestinians.
Since the event was videotaped, it created a shock and anger worlwide. President Clinton expressed his shock, Bin Laden called for revenge and a mob who was lynching IDf soldiers in Ramallah yelled "revenge for Al-Durrah."
The kid, Muhammad Al-Durrah, became a symbol of Palestinian victimization and and apparently, another proof of IDF and Israel's cruelty.
But was it really so clear cut?
In the intensive crossfire, Palestinian fighters and IDF soldiers shot each other. So how do we know for certain that the kid was shot by an IDF bullet and not by a Palestinian one? - And even if the boy was shot by the IDF, was it really in cold blood, as reported on France 2, or accidently, just because he was there? - And why was he there in the first place? Why did the father of Muhammad took him to what was a battlefield for many hours before the incident?
And maybe it was all staged?

While the IDF and the Israeli government decided not to publicize the results of an internal investigation (probably because of a fear that a discussion would only ignite another wave of hate and accusations against Israel), a group of independent citizens set out to find out themselves what happened that day in Netzarim junction. They believe the accusation against the IDF was simply a modern blood libel. While investigating, they found out that the reporter, Charles Enderlin, was not even present at the scene in Gaza. He was in Jerusalem at the time of the videoshoot and wrote his narration, which stated that the boy was shot by IDF soldiers, only by relying on his camerman's testimony. That cameraman, Talal Abu-Rahma, was an active member of the Fatah Palestinian movement, not exactly a neutral journalist. As the investigation continues, they find more and more troubling evidence, which include the report of an independent French balistic expert, who stated that according to the angle of the IDF post, the boy couldn't have been shot by the Israeli soldiers.
The movie, an investigative documentary, doesn't state clearly what happened at the day of the incident. It brings the voices of people who investigated the incident, while qutoing facts and hard evidence, without emotions and propaganda. Parts of the documentary are dedicated to what is called Pallywood, the media manipulation and scenes' staging, apparently carried out by Palestinians.
With the participation of historian Prof. Richard Landes of Boston University and Gabriel Weimann of Haifa University, expert in terrorism and media. 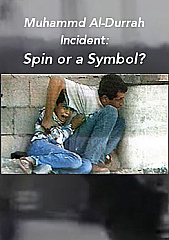