A colourful journey through the history of Israeli cinema

The forefathers of Israeli cinema - Ephraim Kishon, Uri Zohar and Menachem Golan – came to cinema from the world of entertainment. These filmmakers stepped into the tiny, emerging film industry with practically no money – but with a keen sense of what their audience would like. Armed with humor, chutzpah and courage, they managed to make international headlines, including Oscar nominations and prizes at Cannes. The movies of the 1960s and the 1970s become more and more ambitious. These films present a portrait of the newly formed Israeli society –  a melting pot of immigrants and soldiers where irony and underdogs were the true heroes.

A film by Noit Geva 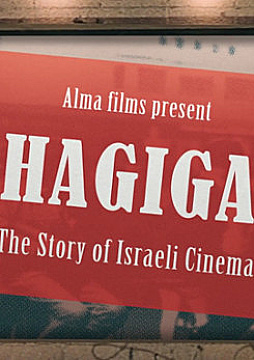