What obligates the soldiers – law or faith, law or Zionism?

The IDF is a concept on which all Israeli generations were raised on. The connection between the army and the people is an almost symbiotic one. Chaim Yavin, Israel's Walter Cronkite, the series' presenter and director, reevaluates the IDF's place in Israeli society and presents various viewpoints surrounding this issue.

The IDF has always held a key function in the vision of the country's founders – that of a melting pot. The army recruits new immigrants as well as earlier inhabitants. It was the supposition that in the army true integration would be achieved. But what is the picture in the IDF today? Is the army a springboard for the underprivileged or does it broaden the gaps? Is the IDF still a melting pot? Should it continue in its efforts in fields such as education and conversion to Judaism or should it concentrate mainly on its military functions? Should the IDF continue on being a Jewish army or transform into an Israeli army. What obligates the soldiers – law or faith, law or Zionism?
A series by Chaim Yavin and Anat Tzom Ayalon 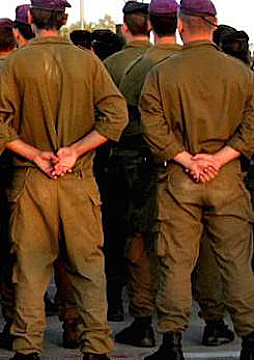