Communities in a New Light - Toronto

With its 2,800 families and 7000 members, the huge Conservative Beth Tzedec Congregation is the largest Jewish congregation in the world. It boasts two sanctuaries, an elementary school, a gymnasium, and holds activities from morning to night. The opening episode of Communities in a New Light allows us a glimpse into the life of Beth Tzedec. We will get to know some of the outstanding members of the congregation and take part in some of the events in its life. We will meet Rabbi Baruch Frydman-Kohl, who leads the congregation and tries to maneuver between conservatism and progress, between the non-Jewish world outside and the ancient Jewish tradition, between the desire to be open and the need to set boundaries. We will get to know a number of mixed Jewish and non-Jewish couples and meet young people who spend a year working in the service of the community, as well as the cantor and choir and many other members of the congregation.
Through our meetings with the people and the events in the life of the congregation, we will try to understand how it contends with the challenges that its easy relationship with the non-Jewish world poses to it. How does one shape a Jewish identity in a non-Jewish environment that is so friendly and accepting? How should assimilation be dealt with? How does one try to deepen and strengthen the connection of the younger generation, of the young singles and married couples with Judaism? We will also explore the place of the congregation's relationship with Israel and its place in shaping Jewish identity in Beth Tzedec.
A film by Gilad (Gili) Goldschmidt 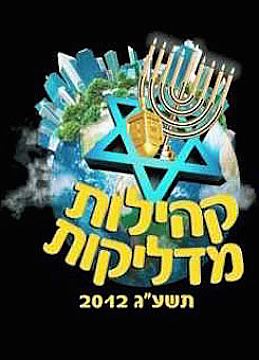